Ted Cruz - Conservative Hero, or Traitor to His Party?

On Wednesday, 20 July 2016, Texas Senator Ted Cruz delivered a speech at the Republican National Convention in Cleveland, Ohio, in which he congratulated his primary opponent and Republican presidential nominee Donald Trump on his victory, then urged voters to "vote your conscience" in November.  Boos filled the arena.

What convention delegates were booing was not the admonition to vote their conscience--for many of them, that means voting for Donald Trump--but the lack of an explicit endorsement from Senator Cruz to endorse Trump. 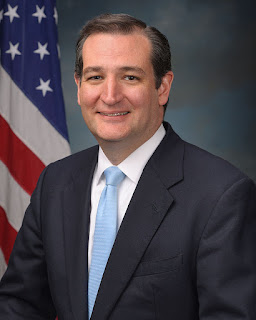 Immediately, two camps formed:  the majority pro-Trump camp, and the dwindling minority of Never Trumpers.  Within the former there are, broadly, two groups:  die-hard Trump fans, who have supported the candidate since last summer; and more tepid supporters who have given their support to Trump because they support their party's nominee, they won't support Hillary Clinton, they support elements of Trumpism, or some combination of the three.

The latter camp--I suspect--will continue to lose momentum now that the nomination process is complete.  Some of those voters will reluctantly vote for Trump for fear that a Clinton presidency will irrevocably shift the Supreme Court toward constitutional adaptavism and judicial activism.  Some will vote third-party, probably for Libertarian candidate Gary Johnson, or not vote at all.  A very small minority will vote for Clinton.


The kerfuffle highlights well the tensions inherent in party politics:  when does loyalty to party overcome adherence to principles, and vice-versa?


How these two groups have interpreted Cruz's speech is predictable.  For the pro-Trump/party unity crowd, they see Cruz's non-endorsement as a traitorous, duplicitous swipe at the nominee and his supporters, someone who went back on his word to endorse the winner of the primary process.

For the anti-Trump side, Cruz is a hero who stands on principle, even in the face of overwhelming pressure from his party to support explicitly the GOP nominee.  They argue that his pledge to support the candidate became null and void when the Trump campaign attacked Cruz's wife, Heidi, and insinuated that his father was involved in the Kennedy assassination.

The kerfuffle highlights well the tensions inherent in party politics:  when does loyalty to party overcome adherence to principles, and vice-versa?  To what extent should a voter temper his principles for the sake of political advantage, expediency, or compromise?

These are difficult questions, and they did not start with the 2016 election cycle.  Movement conservatives were frustrated, for example, with the 2008 and 2012 GOP nominees.  They perceived Arizona Senator John McCain and Massachusetts Senator Mitt Romney, respectively, as being inconsistently conservative.  Some conservatives refused to vote for those candidates; many did.  Some voted for them enthusiastically, reasoning that their flaws were better than accepting the progressivism of President Barack Obama, or changing their thinking to align with the candidates.  Others did so more reluctantly.

(Full disclosure--and a disclaimer:  I voted for Senator Cruz in the 2016 South Carolina GOP primary.  The analysis to follow does not represent an endorsement or criticism of Senator Cruz's speech or positions, but rather is an attempt--as fully as possible--at an objective analysis of the reasons for his position, and the consequences of it.  Angry advocates of both sides take note.)

So, which is it?  Is Ted Cruz a hero of the conservative movement, standing on principle at the expense of party unity?  Or is he an opportunistic traitor to the Republican Party?

It's a tricky question, and both sides have merit.  The pro-Trump majority is broadly correct that, having committed to endorsing the ultimate nominee, Cruz should hold up that endorsement, as many other Republicans have done, if reluctantly.  Take, for example, Speaker of the House Paul Ryan, who has endorsed Trump, but also been quick to criticize the nominee when his statement's violated Ryan's principles.


"...while Cruz didn't outright endorse Trump, he didn't not endorse him, either, and in no way maimed Trump.  If anything, he mostly hurt himself."


On the other hand, Cruz in no way denigrated Donald Trump, or even suggested that voters should not vote for him.  Given in any other context, his speech would have received uproarious applause and plaudits from conservatives.  It did not explicitly fulfill his pledge to support the nominee, but it did not seek to criticize or harm the nominee overtly.

Lost in this debate--and in media coverage of the Cruz incident--was one of the best moments of party unity and statesmanship, which came when former Speaker of the House Newt Gingrich started his speech by saying, essentially, that Senator Cruz had encouraged voters to vote their conscience for the candidate most likely to uphold the Constitution.  As Gingrich put it, the only viable candidate for president who would plausibly do so is Trump.

Some may object that Newt's entreaty was a neat verbal trick, or point out the possibility of voting third-party (though Gary Johnson isn't viable), but it demonstrated his ability to think on his feet and his skills at diplomacy.  He was able to restore some sense of decorum and unity to the proceedings.

In short, while Cruz didn't outright endorse Trump, he didn't not endorse him, either, and in no way maimed Trump.  If anything, he mostly hurt himself.

That gets to another question, one that I think is equally interesting:  what, if anything, did Cruz hope to gain from this speech?  Some will say it was free of any political motivation, but that seems unlikely.  Call me a cynic, but I think Cruz has his eye on the future.

I suspect--and, naturally, I could be very wrong--that Cruz is setting himself to win over the support of conservatives who either won't vote for Trump, or will vote for him with deep misgivings.  He's also looking for those voters who are becoming more enthusiastic about Trump, but have lingering feelings that they've had to talk themselves into liking the candidate a bit too much.  If anything goes majorly wrong in a Trump presidency, these voters may turn to Cruz in four or eight years.

Whether Hillary Clinton or Donald Trump wins in November, Cruz will cast himself as the principled conservative who took a stand when the overwhelming force of his party's opinion pressured him to do otherwise.  In the event of a Clinton victory, Cruz will attempt to win the GOP nomination in 2020.  In the event of a Trump victory, Cruz is betting on Trump making enough mistakes that enthusiasm for him sours, and in their hour of need, Republicans will say, "this was the man with the wisdom to resist."  That's a much tougher path, as it is extremely difficult to challenge successfully an incumbent president for his party's nomination.

In both cases, it's assuming an awful lot, and if the reaction at the Quicken Loans Arena Wednesday night is any indication, Cruz miscalculated badly.  But politics is a fickle mistress, and the political scene could look very different in four years.

Will Cruz's speech galvanize the dwindling Never Trump forces?  Or will he spur more conservatives to support the party as a rallying cry against him?  Will he be blamed for splitting the party if Clinton wins?  Or will his gambit pay off, with voters of some distant election year seeing in him a man of principle?

These are interesting questions; ultimately, they are for the voters to decide.
Posted by The Portly Politico at 6:30 AM