I'm at the beach--at the very desk at which I re-launched this blog after a six-year hiatus--and I figure it's the perfect occasion to unveil the "Portly Politico Summer Reading List 2016."

The books listed here are among some of my favorites.  I'm not necessarily reading them at the moment, but that doesn't mean you shouldn't!  These books have shaped my thinking about the many issues I've covered over the past two months.  I highly encourage you to check them out. 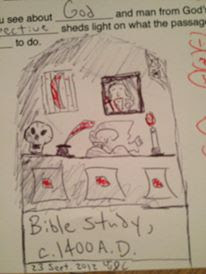 So, without further ado, and in no particular order, here are some of my all-time favorites:

1.) Richard Weaver, Ideas Have Consequences (1948) - I just wrote about this book in my last post (which I encourage you to read), and I'm including it on this list because it's pretty much required reading, especially if you're putting yourself through Conservatism 101.  The edition linked here is right around 100 pages, and while it's a dense read, it's not so overwhelming that you can't finish it, making it perfect for long days at the beach.

Weaver's writing is prophetic, especially if you've studied conservative thought, or even if you've just experienced a vague, gnawing sense of dislocation in the modern world.  It's packed--nearly on every page--with brilliant, quotable gems.  I re-read the introduction to the book every August right before school starts back, because it reminds me why I teach, and helps to align my thinking morally and spiritually.

If you read just one book this summer--or even this year--make it Ideas Have Consequences.

2.) Dennis Prager, Still the Best Hope:  Why the World Needs American Values to Triumph (2012) - Few books have shaped my thinking about American values--what they are, why they matter, and why they're worth defending--more thoroughly than this effort from conservative talk-radio host Dennis Prager.  Prager, a devout Jew with an Ivy League education and rich love of learning, outlines the so-called "American Trinity"--easily found on any coin--and argues that Americans are losing a three-sided battle against the Left and Islamism due to an inability to articulate why American values matter.

The "American Trinity"--liberty, trust in God, and e pluribus unum--is a brilliant and easy-to-digest device for understanding core American values.  In fact, I owe a huge debt to Prager; Still the Best Hope almost directly inspired two of my earliest come-back posts:  the much-read "American Values, American Nationalism," and the follow-up "Created by Philosophy."

Prager splits the book into three major sections:  outlines of the threats of radical Islamism and modern progressive Leftism, then an unpacking of the "American Trinity."  By far, the largest chunk of the book is the second section, which is one of the most effective eviscerations of Leftist assumptions ever written.  It's so long because it's extremely thorough and well-documented.

At around 450 pages, it can be a longer read, but it's written in a pleasing, engaging style.  Prager isn't a blow-hard like so many talk-radio show hosts, and his inquisitive, inviting voice comes through on the page.  I also love Prager's mind and the way he approaches topics; check out his other works here.

3.) Roger Kimball, The Long March:  How the Cultural Revolution of the 1960s Changed America (2001) - If you've got some time--and are prepared to be terrified by the excesses of 1960s radicalism and its heroes--you must read this excellent, damning collection of essays.  In fact, everything Kimball writes is required reading (I also recommend The Fortunes of Permanence:  Culture and Anarchy in an Age of Amnesia and The Survival of Culture:  Permanent Values in a Virtual Age, both from 2012; the latter is edited by Kimball and includes the works of other writers).


Long March strips away the romantic facade of 1960s folk heroes and "radical chic" academics, exposing their fraudulent, dangerous theories and their continued influence on American society and institutions.  Kimball isn't aiming for the easy targets or to satisfy the Sean Hannity crowd; he brings thorough research and intellectual heft to the proceedings.  As an art historian and critic, he offers a perspective that's often lacking from conservative scholarship, serious or otherwise.

My only real beef with the book is that he takes a very dim view of rock 'n' roll.  That being said, his argument against it makes sense, and I can't help but experience a twinge of introspection now whenever I listen to my beloved classic rock.

Regardless, Kimball is a strong, eloquent writer, and I can almost feel myself getting smarter when I read his works.  I'm currently reading The Rape of the Masters:  How Political Correctness Sabotages Art from 2005, and it's a linguistic delight.


"If you read just one book this summer--or even this year--make it Ideas Have Consequences."


Honorable Mention:  Greg Gutfeld, Not Cool:  The Hipster Elite and Their War on You (2015) - if you want a summer read that's quick, digestible, and absolutely hilarious, pick up Not Cool.  Greg Gutfeld, co-host of Fox News's The Five and former host of the excellent late-late-late-night round-table discussion show Red Eye with Greg Gutfeld, offers an unusual thesis:  everything awful that's ever been done--such as adopting wasteful, inefficient, and redistributive government programs--for the past fifty years or so has been because people are afraid to look uncool.

It's oddly compelling.  When you think about it, no one wants to be left out, and the Left constantly bludgeons society with the idea that if you don't uncritically accept that the government should solve all of our problems through coercion ("compassion"), then you're a mean, stingy racist.  If the parade of A-list celebrities at the Democratic National Convention last week (and the smaller cavalcade of B-list celebrities at the Republican National Convention the week before) is any indication, then it's clear that it's "cool" to be a progressive, but lethally uncool to be a conservative.  After all, what's "cool" about saying no to "free" stuff?

Not Cool is a quick read, and Gutfeld's humor and insight crackle on every page.  Sometimes you won't know whether you should laugh or cry.

So, there's your summer reading for 2016.  We've still got about a month of summertime fun left (although I'll be heading back to the classroom in just a couple of weeks), so grab some of these books before you head out of town.  You'll be glad you did.
Posted by The Portly Politico at 6:30 AM