Life after Brexit: Reflections and Predictions

I spent about two hours crafting a long, detailed explanation about my predictions for what will happen now that Brexit has won.  Unfortunately, my magisterial masterwork was unceremoniously deleted as I tried to update a quotation from an op-ed penned by National Front party leader Marine Le Pen (I'm sure my progressive friends, who will instantly dismiss anything coming from Le Pen's, er, pen as racist and xenophobic, will consider this some form of poetic justice).  So, rather than try to recreate that effort, allow me to phone in something quickly so I can get to sleep:

- Markets:  Markets have been, and will continue to be, roiled by the news of Brexit.  However, the Brexit vote--as I've argued repeatedly (here, here, here, and here)--was never about economic concerns.  The only argument the Remainers had, however, was fear:  fear of economic turmoil, fear of extreme nationalism, fear of a trade war, fear of losing benefits.

Progressives are inherently materialists.  They never can understand why humble folks--many of whom were the beneficiaries of sweet EU largess--would "vote against their economic interests."  This confusion results from both a failure to realize that redistribution of wealth ultimately harms everyone, including the beneficiaries thereof; and possession of a purely materialist worldview, that sees other concerns--religious belief, thirst for liberty, personal convictions--as illusory at worst and cynical at best.  The progressive inevitably projects his own material cynicism on those he criticizes.

(For a beautiful and uplifting description of the importance of democracy and its link to traditional Christianity, check out this post from the blog Archbishop Cranmer, entitled "Brexit, the Bible and Democracy:  The Judgment of God is the Voice of the People.")

Once the terms of the UK's exit are negotiated and the "new order" is established, markets will stabilize.  My hope is that the Brits will use this new birth of freedom as an opportunity to clean regulatory house at home; having weaned themselves from the teat of European goodies, they will continue by declaring independence from their own heavy regulations and taxes.  I believe Great Britain is facing an historic moment akin to Prime Minister Margaret Thatcher's election in 1979, which saw Britain restore liberty, as Parliament regained power from the state-run industries and the illiberal trades unions.

- Great Britain:  The two major political parties--the Tories and Labour--are experiencing internal upheaval.  The "Leave" side won Brexit because a substantial number of working-class Labour voters broke rank and joined about half of the Tories to achieve victory.  Labour's Bernie Sanders-esque leader, Jeremy Corbyn, is facing a vote of no-confidence. His 70s-style, statist socialism was out of step with Labour as it was. 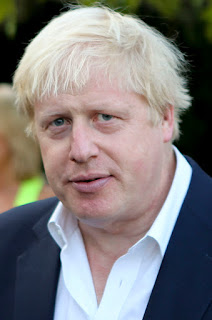 On the Conservative side, Prime Minister David Cameron has pledged to step down.  I predict (and hope) that Boris Johnson will become the next PM, and take charge of Brexit negotiations.

What of the United Kingdom Independence Party?  I initially thought UKIP would begin to fade, having achieved its singular mission of the past twenty-five years:  to get Britain out of the the European Union.  That was, however, until I saw Nigel Farage's uproariously funny (and spot-on) speech before the European Parliament.  Soak in the sweet boos as the globalist elites watch their utopian schemes implode before their very eyes.  Farage's speech is the kind of brash victory lap that would make him a star among movement conservatives in the United States.  I don't think we've heard the last of him.

- The European Union:  There will be other referendums--unless German Chancellor Angela Merkel, with support from France and Italy, clamps down.  There is already talk of stepping up the pace of "ever closer union," with the EU establishing a European Army and further eroding national sovereignty of its members.  If the EU gets an army, it will finally be able to accomplish by force what it has so far only been able to do through economic coercion and trickery:  create a European superstate that tramples both national sovereignty and democratic checks on unbridled power.

I hope there will be referendums in many more countries; I suspect there will be at least in the Netherlands and Poland.  Poland is heavily Catholic and traditional, and is naturally wary of Germany consolidating power.  Its worldview does not fit neatly into the progressivist schemes of the European Union.


"If the EU gets an army, it will finally be able to accomplish by force what it has so far only been able to do through economic coercion and trickery:  create a European superstate that tramples both national sovereignty and democratic checks on unbridled power."


Look for Marine Le Pen, leader of the National Front, to continue to gain ground in France.  Le Pen has done much to purify the party of her father's anti-Semitism and blatant racism.  There are those that argue that the party is still xenophobic, and that its rhetoric now is merely a "dog-whistle" to closet racists.  This strikes me as inaccurate.  It would be akin to arguing that the Democratic Party in the United States is still racist because it supported first slavery and then segregation, the latter as recently as the 1960s.

Here are some choice excerpts from an op-ed Le Pen contributed to The New York Times, entitled "After Brexit, the People's Spring is Inevitable":


"British voters understood that behind prognostications about the pound’s exchange rate and behind the debates of financial experts, only one question, at once simple and fundamental, was being asked: Do we want an undemocratic authority ruling our lives, or would we rather regain control over our destiny? Brexit is, above all, a political issue. It’s about the free choice of a people deciding to govern itself. Even when it is touted by all the propaganda in the world, a cage remains a cage, and a cage is unbearable to a human being in love with freedom....

"One thing is certain: Britain’s departure from the European Union will not make the union more democratic. The hierarchical structure of its supranational institutions will want to reinforce itself: Like all dying ideologies, the union knows only how to forge blindly ahead. The roles are already cast — Germany will lead the way, and France will obligingly tag along."  (Emphasis added)

Is Frexit Next(it)?  Not if Germany has anything to say about it.
(Source:  http://ian.macky.net/pat/map/fr/fr.html)

As the sinking ship of the European Union takes on water, watch for it to grow increasingly tyrannical in its flailing desperation to remain afloat.  Perhaps pressure from Eastern European members will help aright the ship and move the EU toward reform that allows national sovereignty while maintaining more appealing aspects of the organization, such as the free trade zone.  However, the Eurocrats in Brussels will not give up their posh, secure jobs and their cosmopolitan lifestyles so easily, much less their incredible power over the peoples and (semi-)sovereign states of Europe.

The peoples of Europe and the United States fought two world wars in the last century to prevent an imperial and fascist Germany from ruling the Continent for a reason, and European Realpolitik has been premised on a balance of powers since 1815, and really as far back as the Treaty of Westphalia in 1648.  A supranational United States of Europe, at least as conceived by progressive Europhiles, is unsustainable and unworkable given the cultural, linguistic, and economic diversity of Europe.  Free trade between free nations is wonderful; coerced and artificial unity through heavy-handed, undemocratic edicts is the height of tyranny.
Posted by The Portly Politico at 6:30 AM