If you've read my blog the past couple of weeks, you know that I am strongly in favor of Brexit, or Great Britain voting to "Leave" the European Union.  I've laid out my reasons here and here.  As I write this post, results are trickling in on that historic vote, and I am intermittently checking them with great interest--and not a small bit of trepidation.  Right now (about 10:30 PM EST/-5 GMT), "Leave" has a slight edge, but the outcome is too close to call.

Already, though, the British pound and the euro have taken a beating in value, as gold prices soar (this blog is conservative in viewpoint, so I probably should start urging you to buy gold, guns, and freeze-dried food reserves; source:  http://www.bloomberg.com/news/articles/2016-06-23/pound-surge-builds-as-polls-show-u-k-to-remain-in-eu-yen-slips).  One of the major bogeymen of the "Remain" side in the referendum was the threat of economic downturn.  As I conceded in both of my previous posts on Brexit, there will no doubt be major economic disruption should Britain vote to "Leave."  However, a (likely temporary) drop in the value of the pound sterling is a price well paid for restored national sovereignty. 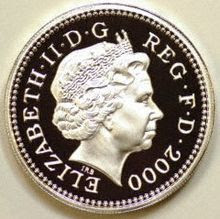 God Save the Queen... and Great Britain from the clutches of Eurozone bureaucrats
(Source:  https://en.wikipedia.org/wiki/One_pound_(British_coin))

As conservatives, we're accustomed to viewing economics--or, at least, economic growth--as a positive good.  After all, we believe in the power of free markets to satisfy human needs and desires, and to innovate new ideas and products that alleviate human suffering, drudgery, and toil.  Conservative politicians tend to focus on job growth and prudent deregulation--often coupled with tax and spending cuts--as perennial, bread-and-butter issues that directly affect voters' pocketbooks for the better.


"...these [fiscal] policies are not about making gobs of cash... but about what those gobs can do to improve lives."


But economics, like much else, is not a means unto itself.  The reason conservatives like economic growth--besides, well, making money--is that it demonstrably improves people's lives.  Deregulation, similarly, can work beneficially (if you doubt me, just ask anyone who has ever dealt with the Affordable Care Act and the Department of Health and Human Services).  In essence, these policies are not about making gobs of cash--although that is certainly nice--but about what those gobs can do to improve lives.

Thus, we have a stark contrast between the organic, healthy, occasionally unpredictable economic growth of a free market and the regimented, inequitable, limited economic growth of progressive corporatism.  Our current economic environment, I fear, is far closer to the latter than the former.  Complex, heavy regulations benefit larger firms and discourage the formation of smaller, newer firms by raising the upfront costs of entry.  Perverse incentives raise the costs of healthcare for young, fit Americans, while making it unrealistically cheaper for older, sicker, chubbier patients.  Overly-generous social safety benefits (some of which, like the food stamp program SNAP, the government actively advertises and encourages people to use) discourage able-bodied Americans from pursuing work.

I could go on (and on... and on).  In short, conservatives are used to being correct on principle and on economic outcomes.  Typically, conservative fiscal policies align with, rather than try to manipulate, economic realities, so the outcomes of those policies tend to be both principled and positive.


"As fiscal conservatives... let us never lose sight of the human side of economics."


In the case of Brexit, however, the quest for restored sovereignty--a stand on an important first principle--will result in some negative economic outcomes.  A major argument of the "Remain" side is that staying in the European Union will preserve Britain's economic stability and ensure it a place in a European common market.

Such an argument is seductive, but it leads to a gilded cage.  Nobel Prize-winning economist Milton Friedman famously said that economic freedom is a necessary precursor to, though not a guarantor of, political freedom.  With Brexit, the axiom is almost reversed--by reclaiming its political freedom, Britain will then be able to pursue renewed economic freedom.

As fiscal conservatives--or those that support free markets, freer trade, and light regulations--let us never lose sight of the human side of economics.  We too often treat economics as a science.  Instead, it should find a home alongside the humanities.

Our chief aim should be to unleash human potential.  So liberated, its creativity and ingenuity can lift human life to greater heights.

We already have a model:  we've been doing it in the United States for over 200 years.
Posted by The Portly Politico at 6:30 AM