Monday Morning Update for 27 November 2017: Let Us Give Thanks

We have much to be thankful for this Christmas season--I certainly do--but it's easy to forget how much America's situation has improved since President Trump took office.  The improvement goes beyond the record-breaking stock prices, however; massive, unprecedented deregulation from the executive branch has super-charged growth and expanded liberty.  The boot heel of an oppressive federal government has given way to a pro-growth, pro-American government that believes in catalyzing, not crippling, American businesses, workers, and organizations. 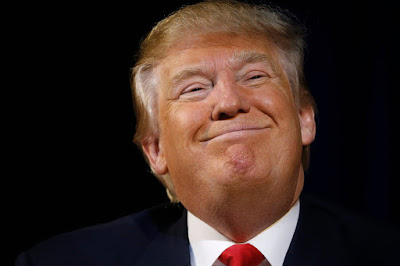 Fortunately, Deroy Murdock has detailed President Trump's substantial policy successes (most of them, unfortunately, coming from the executive branch; Congress, especially the Senate, is still asleep at the switch).  Just when I thought National Review had totally gone over to the noodle-wristed "decorum" crowd (barring the occasional dose of courage from Victor Davis Hanson or Conrad Black), it was refreshing to read this piece of unadulterated triumphalism.

Without further ado, I give you Deroy Murdock's "This Thanksgiving, Thank Donald J. Trump":  http://www.nationalreview.com/article/454028/donald-trump-accomplishments-thanksgiving